Created by The iPlatform on Fri 4th Jun 2010

After several months of designing, building, and testing, the FA's app 'Believe in England' launched on the day that Capello announced the England Squad line-up.

An idea devised by Dare Digital and brought to life by iPlatform, the app allows users to get their very own unique England squad shirt and number, which is shown in a giant squad gallery (which includes the real squad, and lots of celebs who've signed up for their own unique shirts!), and can be shared back to their Facebook profile.

The FA, Believe in England from The iPlatform on Vimeo. 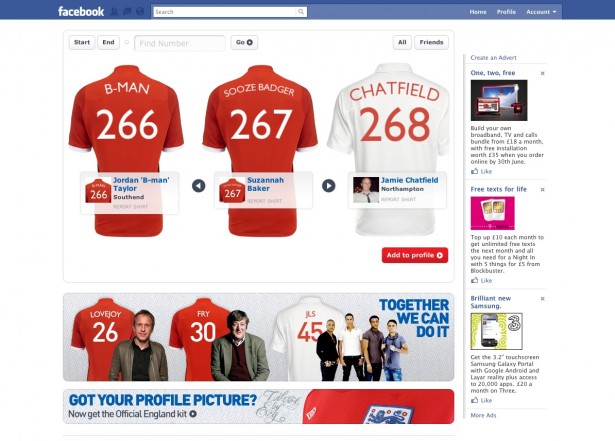 Within the first day an overwhelming 30,000 users had joined the squad and had their own unique shirt number.

Stephen Fry tweeted about it, Campaign Magazine rated it 5 stars and due to the vast amounts of money spent on alcohol after many late nights of working on it, iPlatform may now own the rights to our local.

Over 77,000 users now have their own individual shirt name and number. As this will be the closest that any of us mere mortals, oh and Walcott, get to wearing the England shirt, long may it continue to grow. 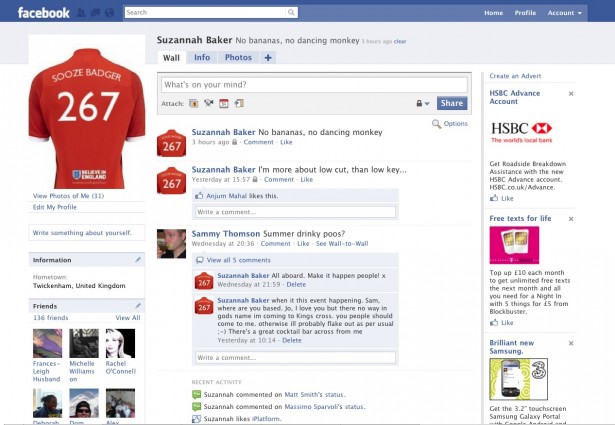 WHO IS IT FOR?

Whether you are a social butterfly or still in your cocoon, The Social Sessions offer you and your team a thorough overview of the Facebook platform. They will provide you with an understanding of building and managing communities and harnessing the power of your fans. There will also be a super geek on hand to answer and technical questions you may have!

WHY YOU SHOULD DO IT!

We have a close relationship with Facebook, giving us insight into their roadmap and enabling us to build long-term robust applications and social campaigns. We want to use this knowledge to educate brands and agencies about Facebook, to help create really effective social campaigns that deliver results.

WHAT IS IT ABOUT?

The iPlatform, Facebook's first UK PMD (Preferred Marketing Developer), has created The Social Sessions: a series of talks on the Facebook platform tailored to your specific needs. These are private one-to-one sessions with our team and yours. They last up to half a day and are designed to give you a greater understanding of Facebook.
Apply for your Social Session here!